Together we have forged a strong and committed grassroots campaigning organisation, one of the most prominent in the UK. Bath for Europe is a non-party-aligned community group affiliated with the European Movement. We believe that Brexit is a profound national mistake, and campaign for the UK to retain strong ties with the European Union, with the aim of rejoining in the future. Help us call out this disastrous Government on its many failings, and stand with us to call for improved international cooperation.

THE ELECTIONS BILL – FURTHER EROSION OF OUR DEMOCRACY

The Elections Bill will make elections more unfair. The Bill seeks to extend First Past the Post to elections for directly-elected mayors and Police Commissioners, and will reduce the powers of the Electoral Commission. Along with other anti-democratic legislation (the Police, Crime, Courts and Sentencing Bill and the Judicial Review and Courts Bill) democratic accountability will be further undermined. According to Best for Britain’s campaign for better democracy “the Elections Bill (in conjunction with the Policing Bill, which imposes stringent conditions on protest and stifles dissenting voices) constitutes an insidious power grab which will erode our democratic right to free expression and limit power of individuals across society to hold power to account”.

Make Votes Matter gathered on Saturday 5th February in Parliament Square with other campaign groups and leading politicians to protest against the Elections Bill. Some of our activists attended the event. Click here to see photos of the event and here for an article in West England Bylines by Jane Riekemann.

We are supporting the local refugee charity Bath Welcomes Refugees to protest against the Nationality and Borders Bill currently going through parliament. The Bill will allow the government distinguish asylum seekers according to how they arrive in the UK rather than the reason they come here. It will make it harder than ever for people who come here to seek safety. Members of Bath Welcomes Refugees and Bath for Europe gathered outside the Abbey on Wednesday 20th October to extend a warm welcome to refugees and to draw attention to the Bill. Read more here.

THE GOVERNMENT MUST KEEP ITS PROMISES TO EU CITIZENS

Bath’s MP Wera Hobhouse made a very personal speech in Parliament earlier in July calling out the Government’s hostile treatment of EU citizens. She said that “the Government must show that they are serious about the rights of EU citizens and, at the very least, provide them with physical proof of status to prevent discrimination”. Read more here and view her speech.

OUR RIGHT TO PROTEST IS UNDER THREAT

Provisions in the Police, Crime, Courts and Sentencing Bill will give the police much more power to stop protest. These have been widely condemned. Big demonstrations against the Bill have taken place in many cities across the country. After 3 months in the Commons committee the Bill passed the 3rd reading on 5th July. The Bill will now go to the Lords where there is no time limit on scrutinising the legislation. Read more here.

Demonstrations against the Bill in Bristol in early April

LITTLE TO CELEBRATE IN THE BREXIT DEAL

It’s good news that No Deal has been averted and a zero tariff/quota agreement for goods trading has been reached. But there’s little to celebrate in this deal. There’ll be a vast new bureaucracy for goods trading with the EU, services have largely been excluded, many freedoms have been lost and the UK faces increasing international isolation. Nevertheless, the deal can be built upon as it is in our interests to stay aligned and closely cooperate with our nearest neighbours. Read more about the deal in our blog, ‘Is the Post-Brexit trade deal a great deal for the UK’.

For many of us, the damning findings of the Russia Report will not come as a complete shock, as we have been suspecting the very worst of successive Tory governments. But the abject dereliction of duty is an outrage. Is our democracy dead? Read Dominic Grieve’s opinion piece here.

The Government’s EU Settled Status programme is failing EU citizens residing in the UK. Watch our video and read the blog by Véronique Martin of the In Limbo Project who explains what’s at stake. 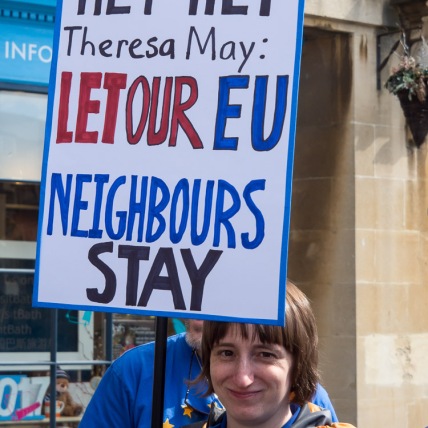 Dr Mike Galsworthy is a co-director of the Bylines Network, founder of Scientists for EU and Campaigns Strategy Advisor to European Movement. He completed his PhD in behavioural genetics at King’s College London, before going on to post-doc work in Switzerland, Slovenia, then London again, working in animal behaviour, health policy and science policy. When … END_OF_DOCUMENT_TOKEN_TO_BE_REPLACED 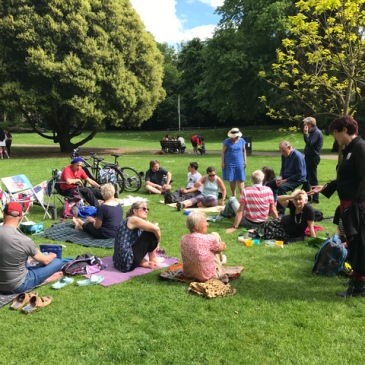 Venue: Henrietta Park, Bath, BA2 6LP As May 9th is Europe Day, we’ll be moving our May Eurocafė from Zoom to a live venue to celebrate on Sunday, May 8th at 3 pm. Bring flags, your own picnic and a rug or chair to sit on and join us in lovely Henrietta Park for a … END_OF_DOCUMENT_TOKEN_TO_BE_REPLACED

The Spirit of
Bath for Europe

This short film captures the positive spirit of Bath for Europe, one of the UK’s most active local groups campaigning for Britain to remain in the European Union. It is part of Britain for Europe. The 100% volunteer group in the vibrant heritage city of Bath has 1,000 supporters. It holds regular events and does lots of outreach to keep the cause in public awareness. One of its members created The Original Bath Beret which has become a symbol of the UK Remain movement. This film was made by Bath for Europe supporter Simon Campbell-Jones.