The idea for this month’s Pulse of Europe came to me in April, when some of us met in front of the Royal Crescent on World Heritage Day, to hand out People’s Vote campaign leaflets. In addition to the spectacular Roman military re-enactments on the lawn, there were several information stalls, including one about the Archway Project. A student was on hand to talk about the plans and gave me a leaflet she’d designed as part of her Master’s degree in Heritage Management: ‘Walking Trail: Georgian Bath’.

So it was that on Sunday, 3rdJune a moderately-sized group (about 20) of us gathered at the side of Abbey for a self-guided tour of Bath’s best-known tourist attractions. My idea was for us to follow the trail, taking photos as we went, and to then post these on social media, together with relevant hashtags, some of which we might appropriate for our own campaigning ends! We were very lucky to have two professional photographers with us – Matthew Perks and John Lynch – because, as we soon discovered, we had enough to do, carrying our banners, mini-placards (‘Stronger Together’ in various European languages) and fistfuls of two different leaflets and Boris banknotes to hand out.

We set off from the Abbey Churchyard, did a small detour to go past Sally Lunn’s tea-rooms, then posed very ostentatiously directly outside the Bath Visitor Information Centre in Terrace Walk (aka Bog Island). This is a good point to mention that all along the trail we attracted a lot of attention from both residents of and visitors to Bath, and we were captured in a good many of their photos as well as our own.

From Terrace Walk we proceeded along the top of Parade Gardens to Pulteney Bridge, then crossed it and walked to Laura Place fountain for another photo with Pulteney Street and the Holburne Museum in the background.  Here we were approached by a couple out on a cycling tour, who asked if they could be photographed with us; we took care not to obstruct the passing traffic.

It was a beautiful sunny day, so by this point most of us were already in need of refreshments, and therefore headed back over Pulteney Bridge to Waitrose, to buy cold drinks. After a short stop here, we crossed over the bottom of Broad Street and walked along Green Street, where we bumped into a man who claimed he had 20,000 (?) followers on Twitter, including most MPs. He also wanted to be photographed with us, and in particular with Boris Johnson, who happened to be visiting Bath for the day!

Onwards and upwards through Milsom Street to Bartlett Street and the Assembly Rooms, and all the while several of us were handing out leaflets (and Boris his banknotes) to anyone interested, and there were many. More purposeful posing outside the main entrance to the Fashion Museum, and then again outside the Museum of East Asian Art in Bennett Street, and from there to the cooling shade of the trees in centre of the Circus. Brock Street was next on the trail map, and so we finally made it to the Royal Crescent, where we stood outside the museum at No. 1. This was the only place, where someone objected to our taking photos, because they’re a charity and as such are not permitted to have political preferences, either directly or by association. (As an aside, this strikes me as very odd, because Brexit will affect charities, trusts, heritage management and the tourism industry as a whole, as much as the rest of us.)

From here we walked through the lush green of Victoria Park, along Royal Avenue and down to Queen Square, another familiar gathering spot of Bath’s Pulse of Europe. Here was the final call for photos, and so I’d like at this point to thank our two accompanying photographers, John Lynch and Matthew Perks, for all the great photos they took. Thank you, too, to everyone who came along: I hope you enjoyed it. Now remember to look at Instagram, Twitter and Facebook and search for photos with the following hashtags:

PS Regarding the post-trail refreshments: we decided to go to the Italian gelateria Swoon, in Kingsmead Square, for ice-cream and sorbet – highly recommended! 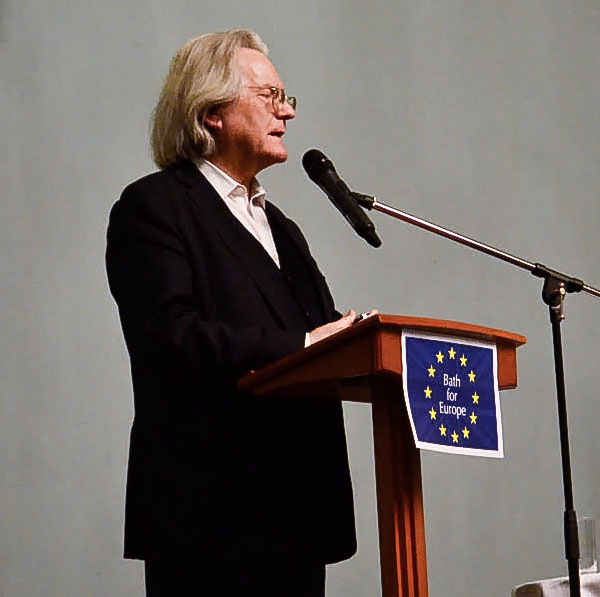 Feeling the Pulse (of Europe) in All Bar One, Sunday, January 5th 2020

Brexit without the bulls**t: Gavin Esler in Bath 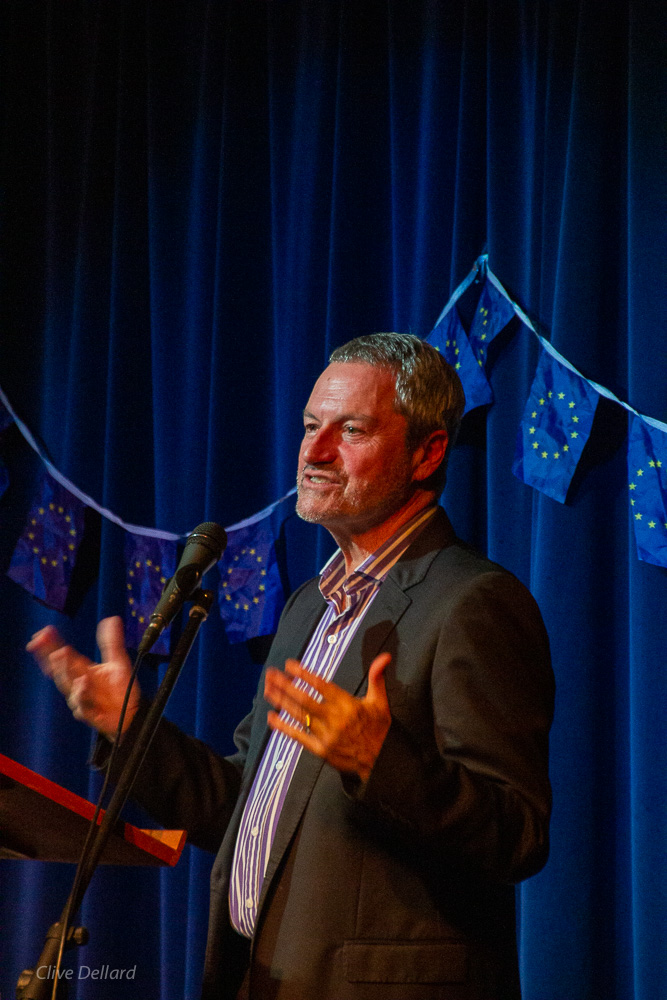