There is a lot of pessimism among Remainers. Many think a no-deal exit from the transition period at the end of the year is almost inevitable. Social media is awash with such thoughts. “It’s an ERG government. No deal its only policy” (‘Vonpole’ on Twitter on 4th June) being just one example. Even the indefatigable anti-Brexit campaigner Steve Bray (whose continuing efforts must be applauded) said (5th June) “It’s 100% clear that the Conservatives are trying to use Covid 19 as a get out clause for a no deal Brexit. They are going to crash us out the EU”

It seems we are governed by Vote Leave. Despite the negotiations and the stated intention of getting a deal, what they really want is a no-deal exit.

There’s no doubt that many leading players in Vote Leave – some of whom are now in government – didn’t want a deal from the outset. The Tufton Street network who led the campaign want to be completely free from the EU in order to deregulate as much as possible. The UK will be under the regulatory thumb of the US. So much for UK sovereignty and independence!

An extension to the transition period agreed before the end of June now seems to be ruled out. A couple of months ago, in March and April, numerous commentators thought an extension was likely or at least a realistic possibility. But in recent weeks, despite the continuing virus crisis, I found no one with that view. The latest announcement confirms what has been expected.

My assessment of some possible outcomes is in the table below. The no-deal risk has increased. Nevertheless I think that the chances of some kind of deal are a little higher than no-deal, though the balance of views among commentators I follow tend more towards no-deal.

Agreeing an extension of some sort after 1st July will legally be difficult, but not impossible with some creativity and political will. While recognising the difficulty, a recent report by The UK in a Changing Europe said, “Clearly, one should not underestimate the ingenuity of EU lawyers or their ability to come up with some imaginative solution if need be – particularly if governments are demanding this.” Also, Mujtaba Rahman of the Eurasia group tweeted on 5th June “If the politics is leaning towards a deal the law isn’t a thing to get in the way.” The interim deal I outline in the table is one possibility for such creativity.

We have to be careful not to get dragged down by the apparent inevitability of no-deal. It would not only be pessimistic and defeatist, but also would downplay an equally credible argument that the government do want a deal and they will be under pressure from domestic political forces to reach a compromise with the EU.

In May I argued in a blog that the government do actually want a deal. Nothing has happened recently to change my mind on that. Of course the deal it wants is some distance from what deal the EU would like and what Boris Johnson signed up to in the Political Declaration, particularly on the Level Playing Field rules. But it’s too easy to say all the negotiations are simply window dressing and it’s all a game of blame shifting.

The negotiation strategy above all is one of brinkmanship. It’s to go to the cliff-edge with all determination in the belief that the other side will capitulate. For the strategy to work, the impression has to be given that they are willing to go over the cliff. Many words of the government seem to show it is willing. But we should be careful about reading too much into this. It is exactly to be expected of a brinkmanship strategy. It says little on the extent to which it would compromise or cave in at the last minute (as it did last October with the Irish Sea border deal).

The central question is whether and how much both sides are willing to compromise on the key issues. Political leaders will soon get more involved. There is likely to be a new sense of urgency and there are some hints of compromise though the differences remain very wide (Georgina Wright, Institute for Government). And while it is reckless not to extend the transition, “ultimately a resolution of the main sticking points requires political decisions about concessions [which] will be no different one or two years down the line.” (Professor Iain Begg, LSE).

Professor Anand Menon recently said that the British position is defined by “the utter predominance of domestic politics over everything else … people in No 10 were talking about re-election weeks after they were elected.” The international reputation of Britain, the rights of citizens and the potential effect on the economy all appear secondary to the domestic politics of maintaining the pro-Brexit coalition that won the December 2019 election.

But it is surely domestic politics that Johnson and Cummings cannot take for granted if they go for an extreme Brexit and want to retain support among the public. They will be making judgements, calculations and focus group testing of how a no-deal (or very bad deal) will play out in the next three to four years. There are plenty of warnings that the domestic politics are not going well for Johnson. Division and discontent among Conservative MPs and supporters are increasing particularly over the handling of the pandemic.

A no-deal Brexit will hit most of us in some way, but some traditional Conservative supporters and recent converts in “Red Wall” areas could be severely hit. Farmers and rural areas could be devastated by cheaper (and lower quality) imports of food and agricultural products and tariffs on exports to the EU. Many manufacturing industries and food producers in Red Wall areas will be badly affected by export tariffs and disruption to their supply chains. A prominent example is Nissan in the North East, whose factory may not be sustainable with a no deal.

It might be said that Johnson and Cummings don’t care about these impacts, all they care about is their extreme Brexit project. Perhaps, but they do care about the impact it will have on their support in the next few years. They may be hoping that they can manipulate public opinion, shift the blame (onto the EU) and cover the effects under Covid. But this will not be easy. If the economy is showing some signs of a post-Covid recovery, it will be hit again by a no-deal exit. Also the effects of a no-deal will be different from the lockdown, particularly as supply chains are likely to be disrupted. Supermarket shelves have mostly remained stocked during the virus. This may not be the case after no-deal.

The loss of trust in Johnson over his handling of the Covid crisis and the furore over Cummings have been dramatic. His approval ratings have fallen substantially and in some opinion polls Labour is only 2-3 % behind compared to about 20% a few weeks ago. Johnson’s scope to prosper on the basis of his personality and his antics has surely taken a severe hit. More and more people will start to look beyond the personality and may not like what they see.

READ ALL ABOUT IT! 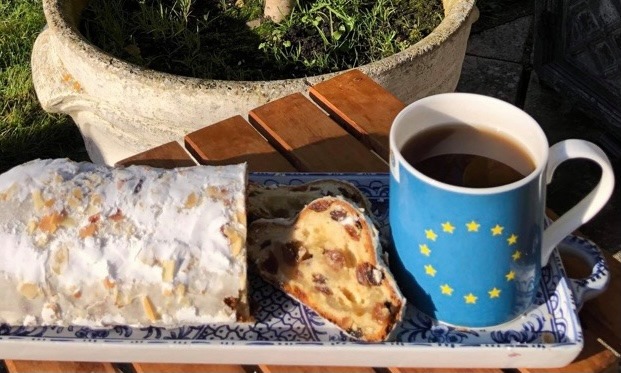