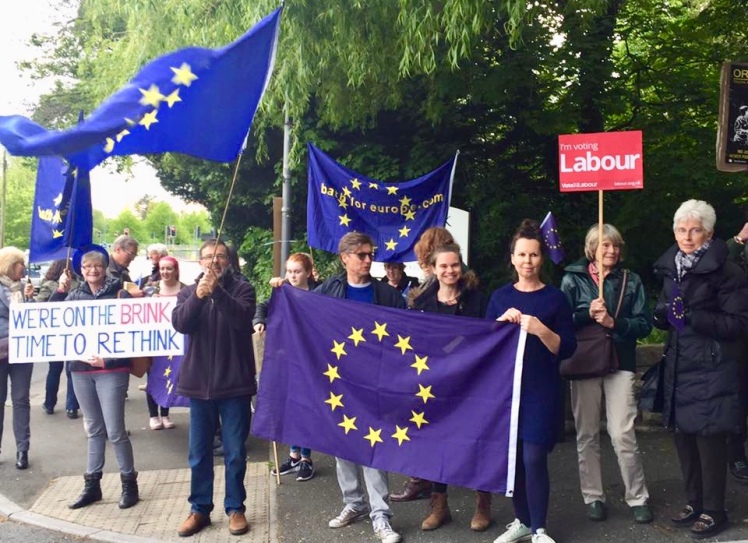 There was a lively protest outside the Bailbrook Hotel in Bath as Home Secretary Amber Rudd arrived for a local Conservative fundraising dinner on Friday, April 21st.  Supporters of Bath for Europe waved banners and chanted “Brexit Wrecks it”, “Brexit’s Bonkers” and a range of other slogans as guests arrived. There was strong support from drivers passing by who honked their horns though inevitably there were a few dissenters.  Although there was a marked police presence, local officers were generally friendly. There is still considerable strength of feeling against the hard Brexit the Tory government proposes – and a reminder that Bath for Europe will keep campaigning to save this country from the damage of leaving the European Union. Bath will be a key seat in the coming General Election on 8th June and supported Remain overwhelmingly in the Referendum.