Update: January 25th 2019. Since this piece was published some people have pointed out on Twitter that the 2016 referendum didn’t even have the highest number of voters, let alone the highest turnout. This is true. In the 1992 general election 33,614,074 people voted; in the 2016 referendum it was 33,577,342. Thus 36,732 more people voted in 1992 than in 2016. So even though the Prime Minister and Jacob Rees-Mogg were careful not to mention ‘turnout’ they were wrong even in terms of the numbers of voters.

It is difficult to reach any other conclusion than that the Prime Minister’s statement in parliament on 15th November 2018 and the government statement in the July 2018 White Paper were lies.

On 15th November 2018 in Parliament the Prime Minister said that in the 2016 referendum ‘the British people exercised their vote in numbers we have never seen before’. This was in defence of her Brexit deal and against a referendum on it. It echoes the statement in the July 2018 Chequers White Paper that the 2016 referendum was ‘the biggest democratic exercise in this country’s history’. Many Brexiters have made similar claims. In a letter to me, Jacob Rees-Mogg (my MP) said ‘17.4 million voted to leave – the largest amount of people ever to vote in the history of the UK’.

These claims are a gross distortion of truth. They completely ignore population increase. One would expect more people to vote now than they did 20 or more years ago simply because the population is higher now.

What surely matters is turnout– the percentage of the population eligible to vote that exercised their vote in an election or referendum. On that the 2016 referendum was no more than average in modern British history. Every general election from 1945 to 1992 (except 1970) had a higher turnout than 2016 referendum. As shown in the table the 2016 referendum comes in at only 15th place out of 24 general elections and major referendums in post war Britain (all were UK wide, except the Scottish independence referendum in 2014). Interestingly, as far as I know, the PM has been careful not to use the word ‘turnout’. Rees-Mogg did say the turnout was highest since 1992, though that is quite a different message to ‘the largest amount of people ever to vote in the history of the UK’.

The claim that the referendum was the biggest democratic exercise in history is surely a gross distortion of a similar kind to the claim by Brexiters that we send £350m per week to the EU and that would be saved by leaving. The latter ignored the rebate the UK receives on the budget and all the money returned to the UK in many forms (such as agricultural subsidies, regional aid, research and development programmes), to say nothing about the broader benefits of EU membership.

The claim is like saying Mars bars now are the most expensive in history without adjusting for inflation and the real value of money. I remember in the 1960s Mars bars were 6d (2.5p). I recently saw them on sale for 65p. Certainly the most expensive in history in number terms, but surely not in real terms. If people were so inclined I’m sure they could afford more Mars bars now than in the 1960s.

In the 1950 general election turnout at 83.9% was the highest in a UK-wide vote in post war history. The total eligible to vote then was 34.4m just slightly higher than the total who voted in 2016. Indeed in 1945, the electorate of 33.2m was smaller than the total number who voted in 2016. Even if there had been 100% turnout it would have fallen short of the 2016 referendum simply because there were fewer people. How could more people have voted in 1945 when they didn’t exist to exercise that vote? 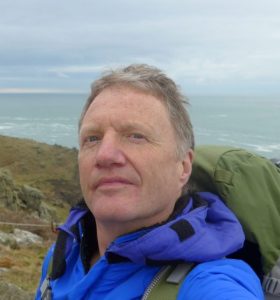