No, that doesn’t mean dropping the issue.  Far from it. But let’s not use that made-up, nonsensical, toxic word. Rather, it is time to have a grown-up conversation about the UK’s position within the EU. In fact, while we are at it, let’s drop the acronyms and abbreviations altogether. Let’s call things by their full and proper names so that we can be clear about precisely what it is we are discussing.

Somewhere along the way, we have all been bamboozled into using the term ‘Brexit’. Perhaps now is a good time to challenge its lazy usage. Apparently, this word was first introduced by Remain campaigner Peter Wilding. In so doing, he unwittingly established the notion of this being an actual, credible ‘thing’, reducing a complex set of ideas into two easy-to-regurgitate syllables.

The fact that ‘Brexit’ contains the word exit so prominently within it helped, at an early stage, to instil the idea that leaving the European Union may actually be a possibility. When the media, the Remain campaign and everyone else fell into line using this term, we all ensured the focus was on the desirability (or otherwise) of exiting the European Union, rather than on the overwhelming evidence that to remain would be the wiser option. And its continued use serves to perpetuate the notion that this has now become an inevitability, which – of course – it has not.

At a recent meeting of the Bath for Europe campaign group, local Member of Parliament, Wera Hobhouse, spoke of the need to find a new language to engage people in the fight to remain with the European Union.  This new lexicon should, in my opinion, avoid all acronyms, portmanteau and abbreviations. Rather, it should comprise plain, straight-forward and unabridged English for all to understand; both those speaking and those listening to its message. If we tell things as they really are, the facts will speak for themselves.

Give it a try. See how often you fall back on acronyms, abbreviations and jargon, without really considering their full meaning. Does this aid or hinder your ability to clearly state your case? Is it perhaps worth making that extra effort to find real meaning and clarity? If it is, then please begin by banishing dangerous and misleading terminology when discussing the United Kingdom’s proposed withdrawal from the European Union. Yes, that is a mouthful – but it is a complex issue.

Let’s NOT talk about Brexit. 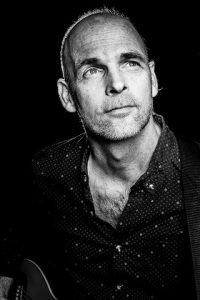